My Other Mother: A Tribute to Mel Rye 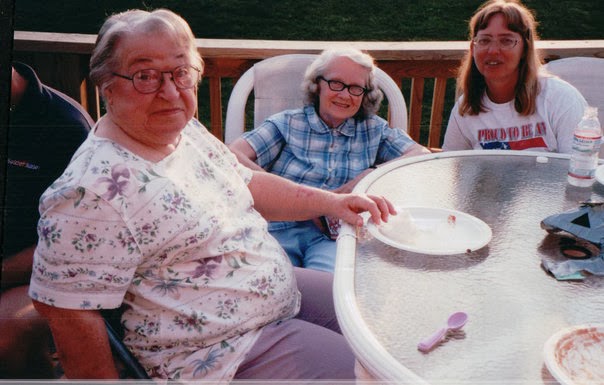 When I received the phone call from my Mom about Mel Rye's death, I was totally shocked. I visited Mel with my younger sister, Nancy, on my last trip home in December 2013. Nancy had texted Mel's phone number and address earlier in the afternoon of the day I learned about Mel's death. I was planning to visit Mel while in town for the week, but it wasn't meant to be.

Mel was my 'other mother' - not through marriage or blood, but through love. During the 1970s, I was a rink rat, a kid who grew up on wheels at Satellite Skate Center, our local roller skating rink. Mel and Cliff, her husband, owned the skating rink.

Along with several of my siblings, I worked for Cliff and Mel at the rink. But their relationship to me was so much more than employer-employee. Cliff and Mel watched over the generation of kids who hung out at their skating rink like loving parents.

Some of the rink rats, including me and several of my siblings, had an extra-special relationship with Cliff and Mel. When we were at the rink, Cliff and Mel were our parents. My brother Bob was the oldest in our family to work at the rink. I followed in his footsteps and so did our younger brothers, Mike and Pat. Nancy, the baby of our family, spent her childhood and youth at the rink. 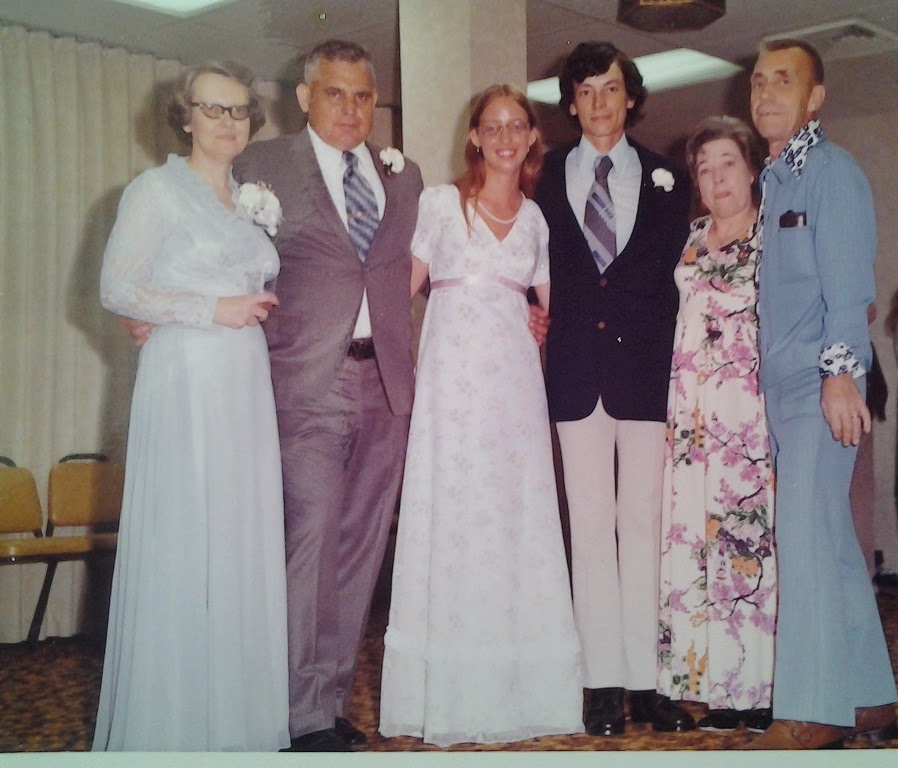 I spent all day working and skating at the rink on Saturdays, starting with beginner lessons I helped teach and continuing through afternoon and evening skating sessions I often worked. At lunchtime, we went next door to Cliff and Mel's house.

After lunch on Saturday, Cliff always took a nap on the couch. When it was time to go back to the rink, Mel would try to wake Cliff. His response was always the same, "Five more minutes." Mel always gave Cliff the few more minutes he requested.

Cliff and Mel were the parents of one daughter, Linda. My sister Nancy, who was only 3 years old when our family started skating at Satellite, grew up with Linda and Ralph's sons, Jon and Chris. For Nancy, Linda was like a second mother and Mel played the role of grandmother in Nancy's life. 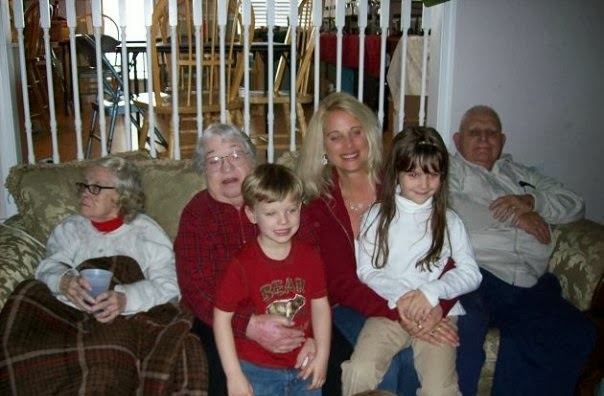 This photo of Nancy with her children, Nathan and Jordan, our parents and Mel Rye was taken at a family Christmas celebration after my Mom's health had begun to decline. Although Nancy lives out of state, she always tries to visit with Mel when she's in town. 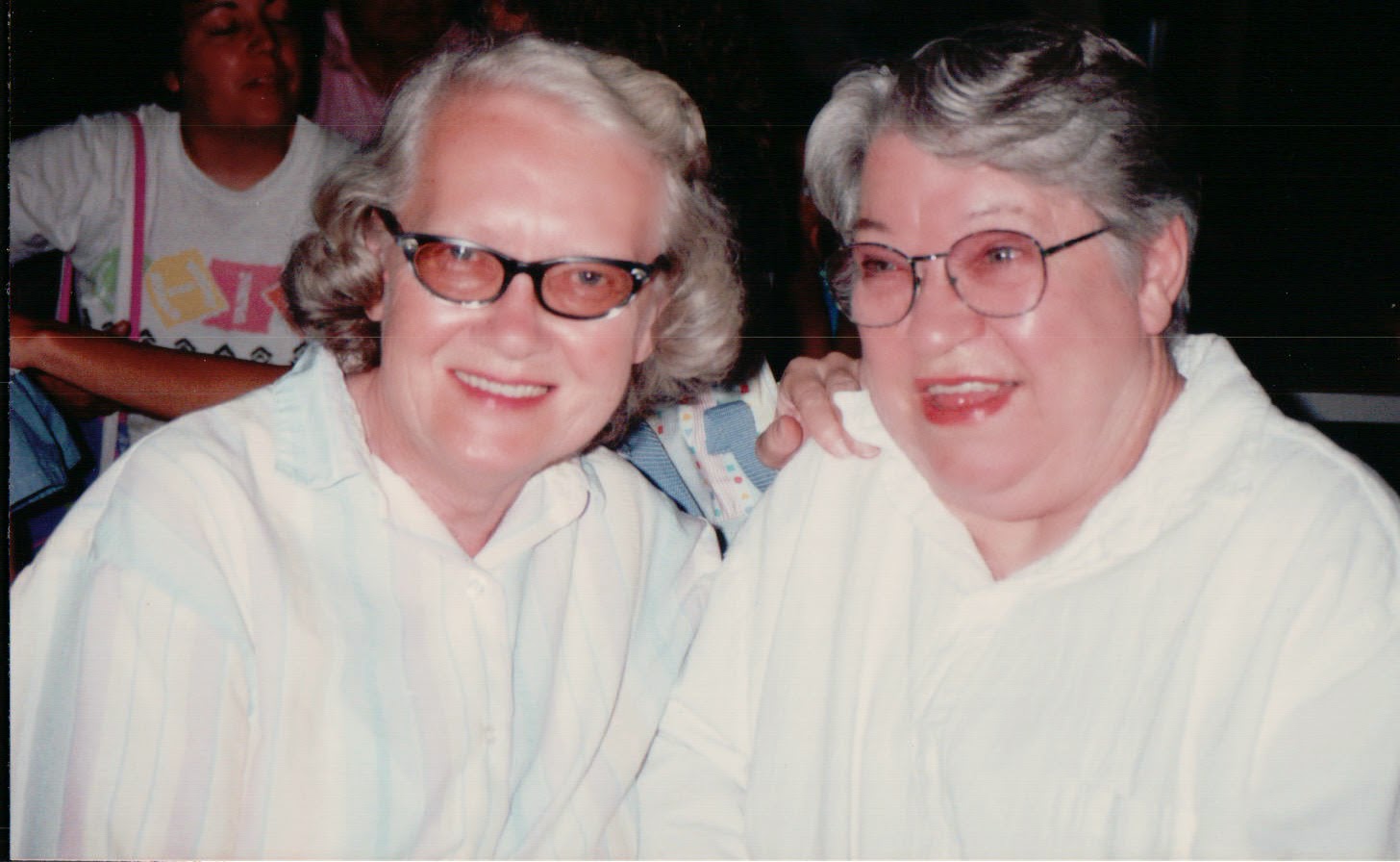 This photo of Mom and Mel was taken at Satellite Skate Center in 1994, when we were in Leavenworth for a family reunion for Dad's 70th birthday. Our family went out to the rink and Mel met us there. Mom and Mel chatted happily about the past together as they watched some of the Atkins kids and our children skating. 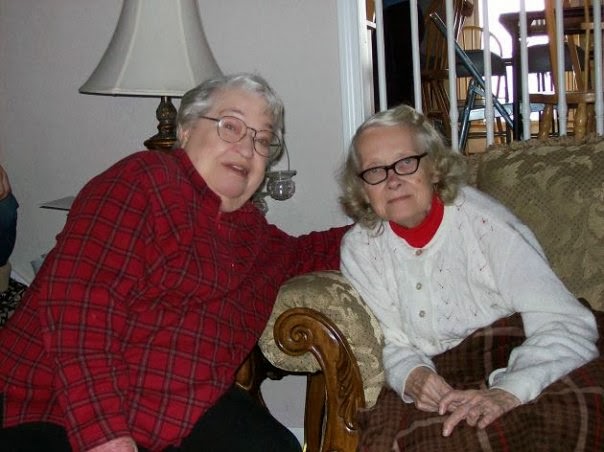 This photo of Mom and Mel was taken in 2007. Mel's mind was still sharp at this time, but dementia was creeping up on both of my moms life a thief in the night. 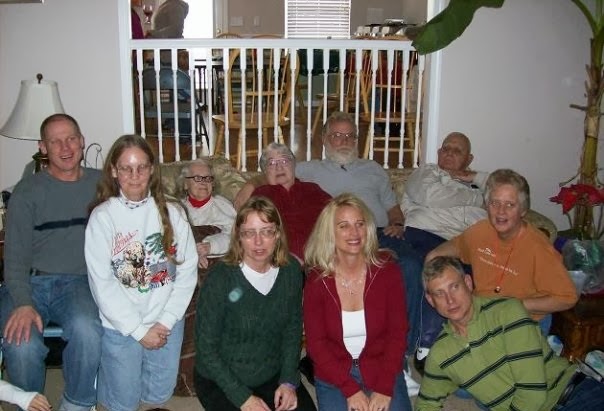 Mel was like family to all of us. Although our three oldest siblings didn't work at the skating rink and spent very little time there, they also embraced Cliff and Mel. This is a family portrait of the seven youngest Atkins kids with Mom, Dad and Mel taken in December 2007.

Cliff and Mel retired from the rink in 1978 and moved to Osage Beach. Although we exchanged cards at Christmas, I didn't see Mel for several years. After Cliff's death, Mel moved back to Leavenworth. Mel lived with Linda for a period of time after Ralph died. 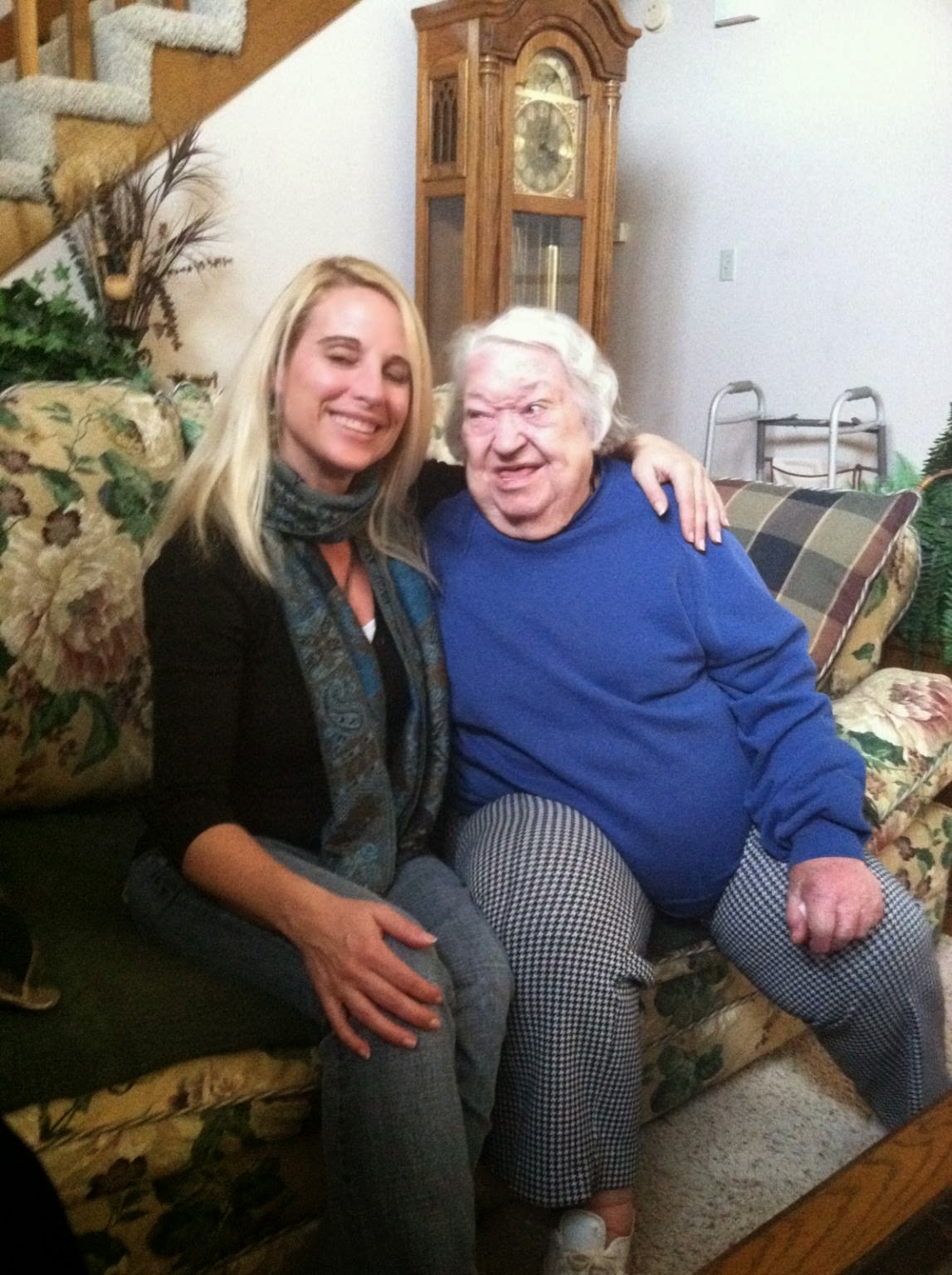 Mel was so delighted when Nancy and I came to visit her while we were both home for Christmas in December 2013. Nancy had tried to call Mel, but got no answer so we just drove over there.

Mel welcomed us both with open arms and we laughed and cried together about the past. Although I know I disappointed Cliff and Mel at times in the past, their love for me never diminished.

Mel told us how much she still missed Cliff. The love they shared was the special kind of love that comes once in a lifetime, if you're lucky. I know that Mel is now dancing with delight to finally be with the love of her life again.

As Mel talked about her health and memory problems, Nancy and I could tell that Mel's decline was less severe than our Mom's, but that the dementia was stealing away Mel's future. Despite the dementia, the love was shining bright in Mel's eyes as she looked at Nancy.

Mel's obituary from the Leavenworth Times is included below, but it's missing just a couple of things. In addition to Linda, Chris, Jon and Susan and her grandchildren, Mel is survived by a generation of Leavenworth's rink rats who loved and respected her.

You'll live eternally in my heart, Mel, and in the hearts of my siblings. We love you forever and will miss you always. But somehow the pain is lessened knowing that you and Cliff are finally together forever.

Thanks for the lessons you taught me: patience, kindness, humility, the value of hard work and the optimism of looking at life as a nearly-full glass through rose-colored glasses. Rest in peace, my beloved other mother.

She was owner and operator of the Satellite Skate Center from 1970 to 1978.

In lieu of flowers, memorial contributions may be made to the American Cancer Society or Meals on Wheels of Leavenworth.

Private services will be held. Condolences may be made at www.davisfuneralchapelinc.com