Dear Mom of Kid Who Stole My Granddaughter's New Boots 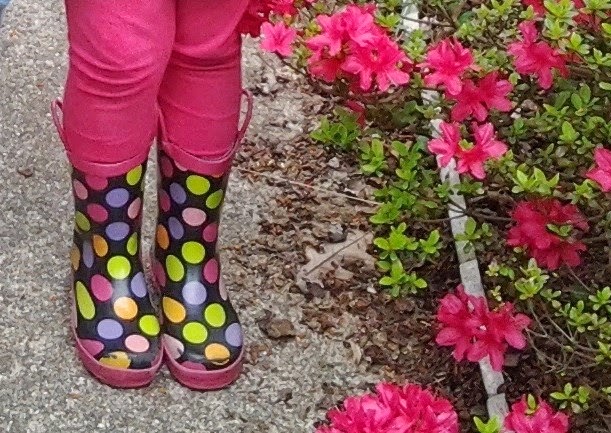 Dear Mom of Kid who stole my granddaughter's new boots,

You probably know who you are. See these pretty rain boots? They were a cherished gift to my little granddaughter from her grandparents.

She loved them and was so happy when she wore them to her 5th birthday party this weekend.

Your kid changed all of that. Like the other kids playing at McDonald's, she put her boots into the shoe holders beside the play area.

The kids at her party had a great time. They ran and played in the play area, climbed through the tunnels, slid on the slides and enjoyed cake.

My granddaughter was filled with sunshine and laughter during the entire party and loved the gifts from all of her family and friends.

Then it came time to leave. My little granddaughter went to the retrieve her boots from the shoe holder and discovered they were gone.

GONE - stolen by your kid. My granddaughter's laughter dissolved into tears. Just imagine for a minute that was YOUR child who had a treasured gift stolen.

Now, since we were sitting in one of the two exit areas, your kid must have left through the other area so as not to be seen.

I hope your kid really needed those boots. It would be a shame if my granddaughter's tears were brought about by a child who was "only" seeking thrills by the theft of these boots.

If I sound angry, it's because I am. Who would even think that a child's shoes - or boots in this case - would be stolen from a public place?!?!

What kind of kid steals another child's footwear? More importantly, what kind of parent sees their child with boots that don't belong to their child and looks the other way???

To all parents and grandparents who take their little ones to play in public places, the message to take away from this is don't leave your child's shoes unattended. I never would have thought that message was necessary!

Signed,
One Irritated Grandma
Posted by Sandy Wallace at 3:56 AM