Motherhood: The Look of Love 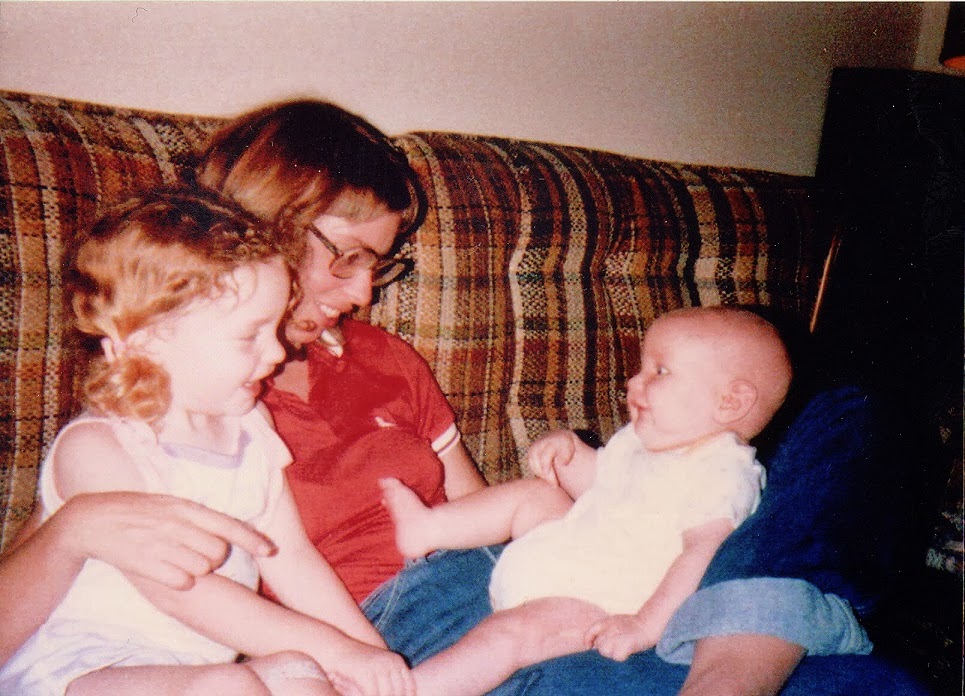 In every mom's collection of memories, there's at least one mental image like this.

A moment when you look down at your child and the love you feel is totally overwhelming. 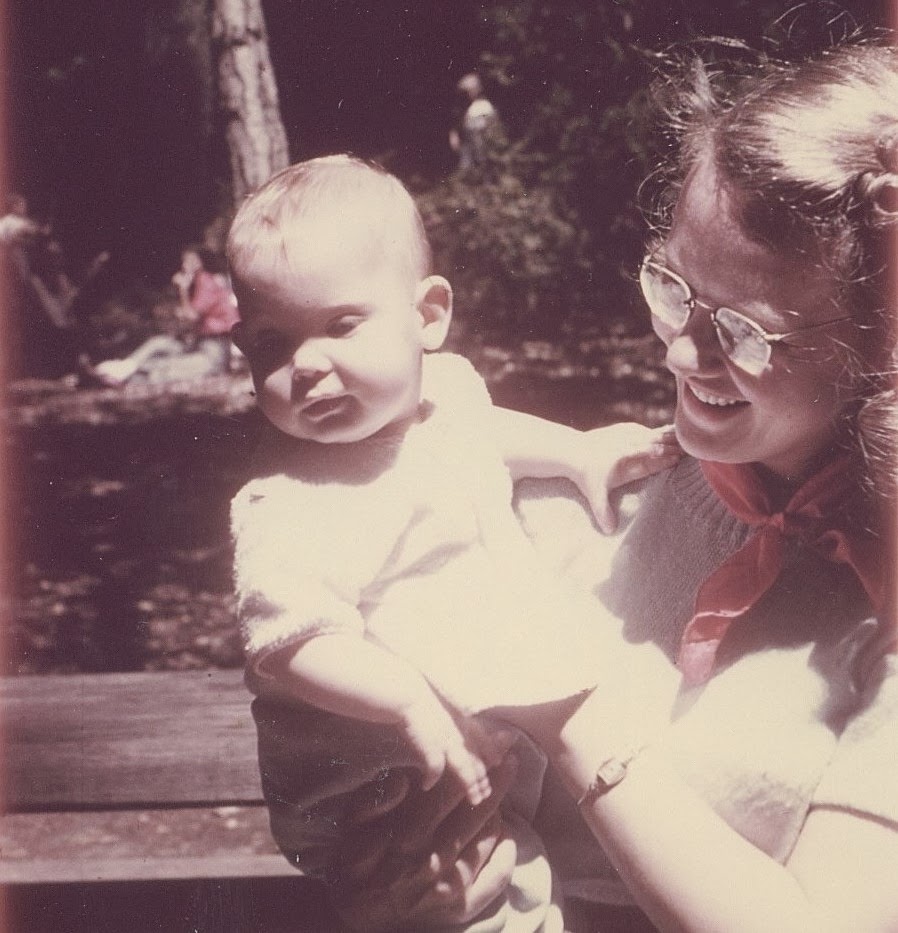 The sense of wonder and joy your child feels about life is contagious.

You see life through your child's eyes as a series of miracles and rainbows.

That doesn't mean that you don't see the chores and problems, the trials and tears.

You just look beyond the minutiae of life and see what really matters.

Maybe the look of love is passed down from mother to child or maybe it's planted deep in your soul when your child is born.

Sometimes a mom can see that look of love given from her daughter to a sibling, a fleeting glimpse into the mother her daughter will someday become. 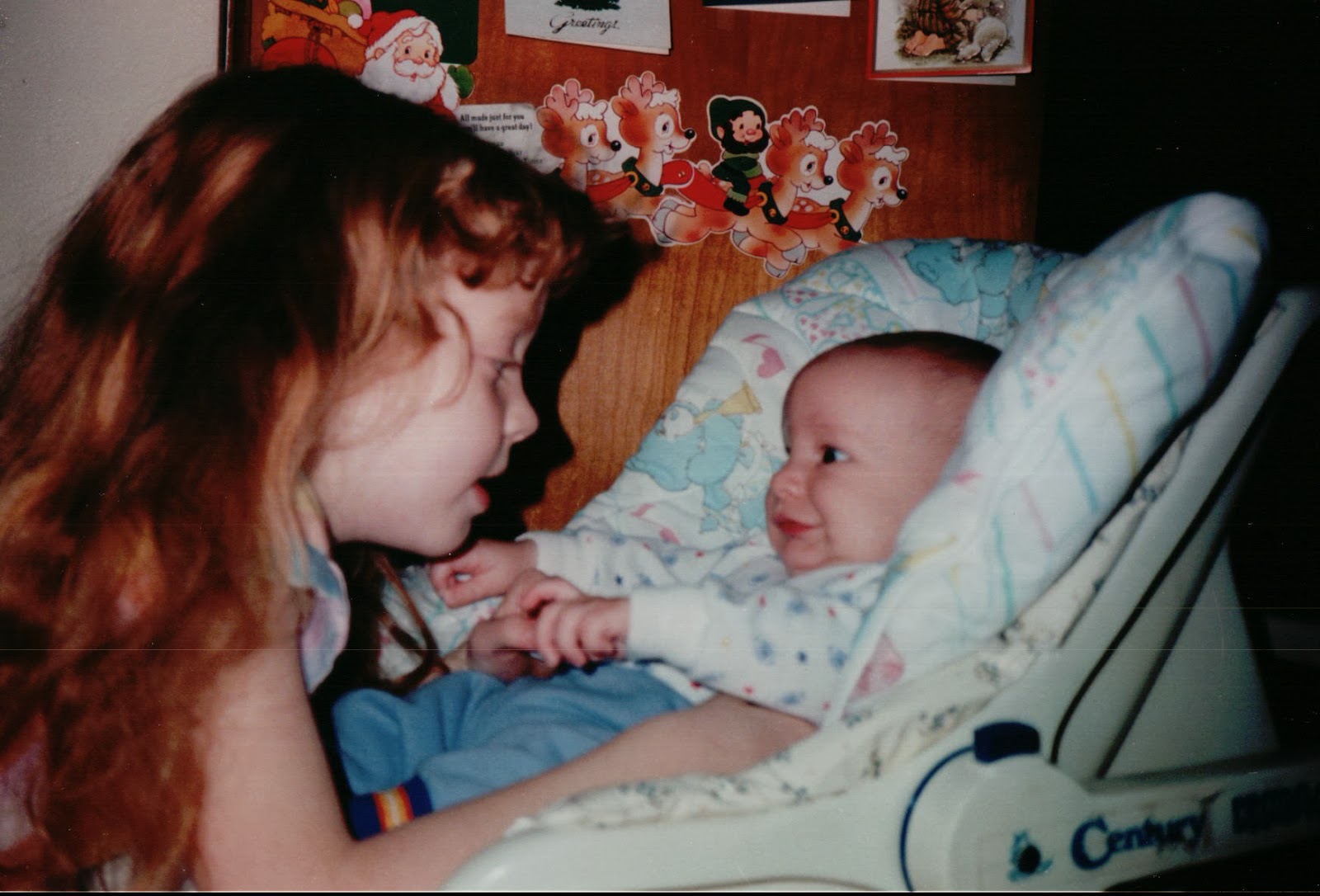 It's hard to put into words the dreams and fears that live in a mother's heart.

It's impossible to put into words the pride and joy you feel as your child takes her first steps, accepts her diploma or walks down the aisle into marriage.

Here's a wonderful tribute to motherhood that I read several years ago that brings new tears to my eyes each time I read it.


Motherhood - It Will Change Your Life

We are sitting at lunch when she casually mentions that she and her husband are thinking of "starting a family". "We're taking a survey", she says, half joking. "Do you think I should have a baby?"

"It will change your life", I say carefully, keeping my tone neutral. "I know", she says, "no more sleeping in on the weekend, no more spontaneous vacations..."

But that is not what I meant at all. I look at my friend, trying to decide what to tell her. I want her to know what she will never learn in childbirth classes. I want to tell her that the physical wounds of child bearing heal, but that becoming a mother will leave her with an emotional wound so raw that she will be forever vulnerable.

I consider warning her that she will never read a newspaper again without asking, "What if that had been MY child?" That every plane crash, every fire, will haunt her. That when she sees pictures of starving children, she will wonder if anything could be worse than watching your child die.

I look at her carefully manicured nails and stylish suit, and think that no matter how sophisticated she is, becoming a mother will reduce her to the primitive level of a bear protecting her cub. That an urgent call of, "Mom!", will cause her to drop a souffle or her best crystal without a moment's hesitation.

I feel I should warn her that no matter how many years she has invested in her career, she will be professionally derailed by motherhood. She might arrange for child care, but one day she will be going into an important business meeting thinking uncontrollably about her baby's sweet smell. She will have to use every ounce of her discipline to keep from running home, just to make sure her baby is all right.

I want my friend to know that everyday decisions will no longer be routine. That a five year old boy's desire to go to the men's room rather than the women's at McDonalds will become a major dilemma. That right there, in the midst of clattering trays and screaming children, issues of independence and gender identity will be weighed against the prospect that a child molester may be lurking in that restroom. However decisive she may be at the office, she will second-guess herself constantly as a mother.

Looking at my friend, I want to assure her that eventually she will shed the pounds of pregnancy, but she will never feel the same about herself. That her life, now so important, will be of less value to her once she has a child. That she would give it up in a moment to save her offspring, but will also begin to hope for more years - not to accomplish her own dreams, but to watch her children accomplish theirs.

I want her to know that a cesarean scar or shiny stretch marks will become badges of honor. My friend's relationship with her husband will change, but not in the ways she thinks. I wish she could understand how much more you can love a man who is always careful to powder the baby or never hesitates to play with his child. I think she should know that she will fall in love with him again for reasons she would now find very unromantic.

I wish my friend could sense the bond she'll feel with women throughout history who have tried desperately to stop war and prejudice and drunk driving. I hope she will understand why I can think rationally about most issues, but become temporarily insane when I discuss the threat of nuclear war to my children's future.

I want to describe to my friend the exhilaration of seeing your child learn to ride a bike. I want to capture for her the belly laugh of a baby who is touching the soft fur of a dog or cat for the first time. I want her to taste the joy, that is so real, it actually hurts.

My friend's quizzical look makes me realize that tears have formed in my eyes. "You'll never regret it", I say finally. Then I reach across the table, squeeze my friend's hand, and offer a silent prayer for her, and for me, and for all of the mere mortal women who stumble their way into this most wonderful of callings.

The blessed gift of being a Mother. 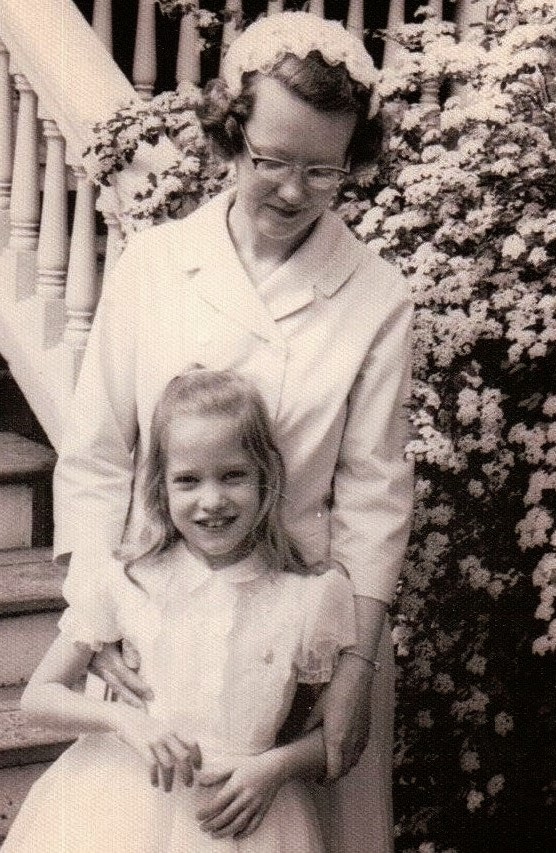 Mothers and daughters may laugh together one moment and rage against one another the next moment.

A daughter looks at her mother and sees the woman she will become - even as she tries to be her own person.

Mothers try to teach their daughters to be strong women, to speak up for themselves, to stand up tall, to behave modestly and to look to the future with confidence.

Daughters try to take shortcuts, to fit in with the crowd, to do what they want, and to avoid being smothered by maternal emotions they don't understand. 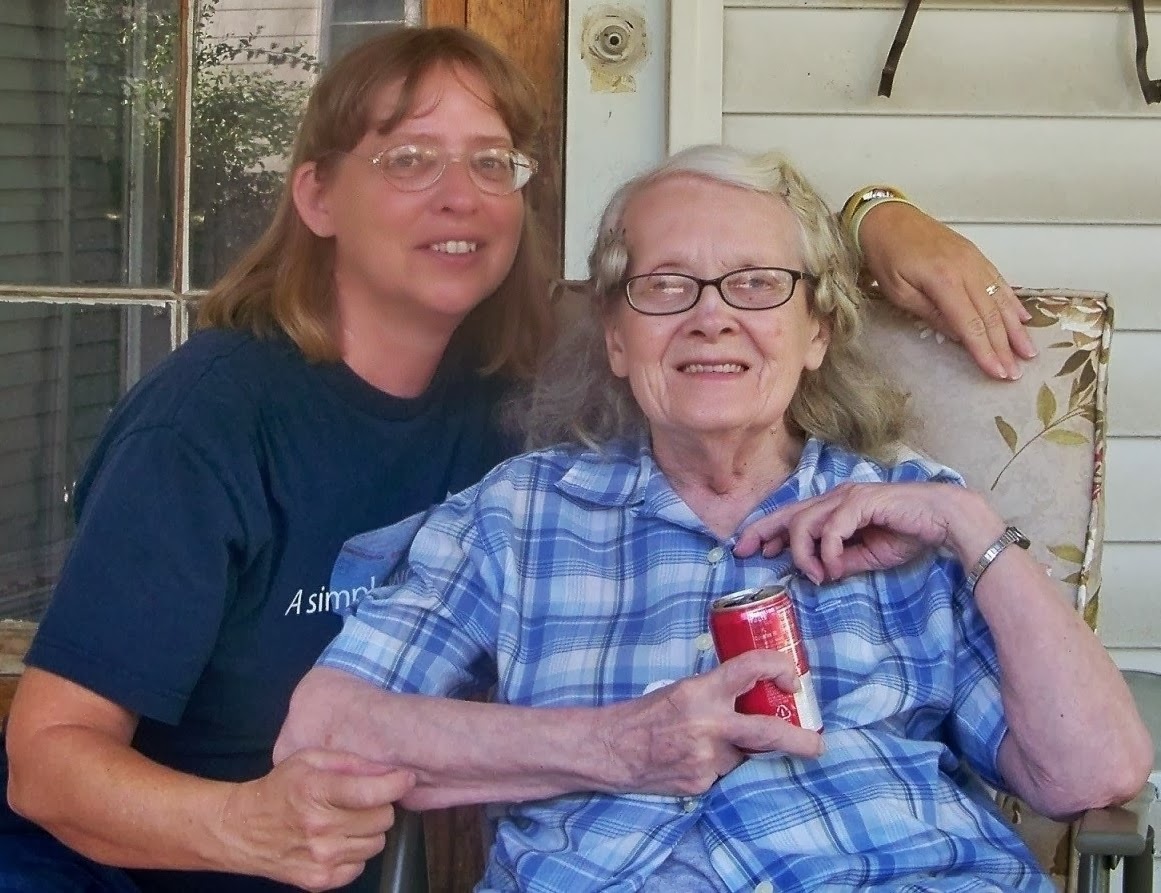 Daughters reach out to their mothers to understand their own daughters, to know the right words to say, to avoid fighting battles with no winners.

As the years go by, the tables are turned. Mothers age as daughters watch, helpless to stop the hands of time.

Time marches on and daughters become mothers to their own mothers. Through trial and error, a daughter tries to strike a balance between being a friend and a daughter to her mother.

The look of love between mother and daughter remains unwavering, a constant reminder of who the daughter was and who she is becoming.

Motherhood is a rich tradition, a wonderful gift shared by women around the world. Some are really good, some are very bad, but most are somewhere in between. Women becoming everything their mothers wanted them to be.

I'm so thankful for the gift of motherhood and the example of maternal love my mother provided. From mother to daughter, the gift is passed on and a new generation is born.

My story ends here for now. Until the next time, I'll take what I can get when I can get it and do the best I can to face each day with a smile on my face, a prayer on my lips and a song in my heart.

Blogging Grandma Sandy, signing off for now.
Posted by Sandy Wallace at 12:50 AM

Email ThisBlogThis!Share to TwitterShare to FacebookShare to Pinterest
Labels: It Will Change Your Life, love, motherhood, mothers and daughters, the look of love